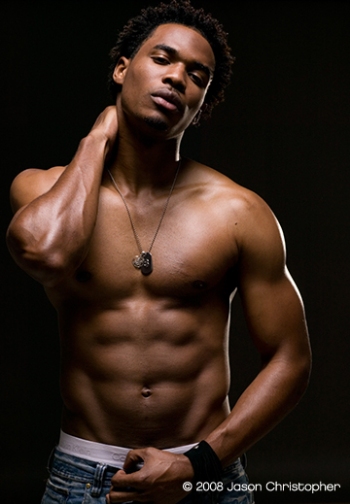 So you’re thinking about dating a man who is younger than you…maybe even MUCH younger than you. KUDOS!! That’s fantastic! If you’ve read my earlier post, A Cougar’s Tale, then you already know that I’m talking from experience here. If you haven’t read it, be sure to check it out. Okay, back to you. So, you’ve met a young man who has caught your attention. He’s good looking, confident, funny and sexy as hell and he’s made it very clear that he’s interested in you. Now what? Go for it! Yes, it will be a little uncomfortable in the beginning – a little awkward even. But you will get the hang of it quickly. If he’s the RIGHT kinda young guy, he’s going to make you laugh, bring out the spontaneity in you, or add to yours, he’ll teach you things that your kids already know and he will add a delicious flavor of excitement to your life that you didn’t even know you were missing. That won’t happen with every younger man you meet, that’s why I said if he’s the RIGHT one. Oh, and did I mention that he will rock your world sexually? Not only will he have the stamina to keep up with you sexually, but he will welcome the challenge and the fact that you desire him and actually like sex period! Women in their 40’s and 50’s are sauntering into our sexuality unapologetically and many of us are embracing it with eagerness and ease. While we embrace our sexuality, our men will embrace us!

Do remember that it may be his first time being with an older woman. You could be a long-desired dream come true for him. He may be just as nervous or unsure of himself as you are, although for different reasons. You’ll probably be wondering what he thinks of your body, will your grey strands turn him off or will your once perky, now sagging breasts turn him off or if you should invest in that sexy teddy (the answer to that question is ALWAYS YES! BUY IT!). He, on the other hand, will be wondering if he’s going to satisfy you sexually. All men wonder that regardless of their age, at one time or another. But for a young man about to be with an older woman for the first time, he may be thinking about all the experience you already have and wondering if he’ll measure up. Nine times out of ten, he will not only measure up, but will surpass previous lovers (if you’re lucky!)

Don’t underestimate him just because he’s young. He may be able to show you a thing or two. It probably won’t be anything that you haven’t heard of before, but you might find yourself trying something new – something that you didn’t think you would. And you may find out you like it!

Do remember that you’re his lover – not his mother. It’s important to resist the urge to “mother” him, i.e. chastise, coach, lecture, advise. If he asks for your opinion or advise, then fine, give it. But you’re his lover and remember that. Although he is much younger than you, he is still a man, not a boy (HOPEFULLY) Treat him like the man that he is. And if he’s looking for a mother figure, then he’s not for you. Keep it moving!

Don’t lose your boundaries. And this goes for whoever you’re dating, younger or older. Don’t do ANYTHING that makes you uncomfortable, disrespected or  afraid. Establish your boundaries and stick to them. Remember, he will only go as far as you allow him. We teach people how to treat us by what we allow. He doesn’t get a pass on bad behavior just because he’s young.

Do keep your sense of humor and use it often! Being able to laugh at ourselves and stay lighthearted is a virtue and will serve you well in most cases. In this particular situation, a sense of humor will definitely keep you from being self critical or allowing other people’s opinions to influence you. There WILL be people who will not approve or understand your choice for a lover. That’s their business, not yours. Keep it moving and go buy that sexy teddy!

Don’t think that the only thing that young men want is sex. Look, the reality is that ALL men want sex (so do we women, but we’re not talking about us right now). Yes, he wants sex and so do you. But as I stated earlier, if he’s the RIGHT guy for you, then there will be other connections as well. Believe it or not, if you connect mentally, the generational bridge may not be as big or as insurmountable as you may think. Naturally there are going to be differences other than the age – musical, what to go see at the movies, what to eat, etc. And know this: there will some things that will never be reconciled, such as some of the aforementioned items. But that’s okay. If you two can talk, relate, communicate, differ, teach and learn, then you’ve got a good chance. This is only in the event that you’re thinking about making this a long term situation. If you’re strictly in it for the sex, then who cares what he eats and he won’t care what kind of music you like.

Do remember that if being with him makes you forget how old you are and how young he is (most times), then that’s a great place to be in. You don’t want to spend all of your time constantly bringing up the age difference. And if anyone brings it up, it’s most likely going to be you, not him. He’s loving the fact that this older, sexy woman desires him, again and again. He’s happy because you haven’t gotten bored with him and stopped taking his calls. He’s thrilled that he satisfies you sexually and that you want more. If all of that is true, then don’t ruin it by being insecure about the age difference. When you’re together, you’re should feel the way a woman feels when she’s with a man who she enjoys being with, not a YOUNGER man…just a man.

Don’t forget to not only wear that sexy outfit that you’ve got, but wear your confidence like a fragrance – all over you! One of the things that he really digs about you is the fact that you’re uninhibited and secure in your skin. Dating younger is not for everyone and the fact that you’re doing it shows that you’re willing to venture out. That alone is sexy!

Do remember to remind him that your life and home are NO DRAMA ZONES! Dating younger men can come with it’s own set of issues – baby mama drama, other women,  multiple children,  joblessness, lack of education, lack of housing, money and  drug use. Now in all honesty, our older brothas have these same issues, too, so these are not age specific issues and you wouldn’t want them from anyone. I don’t know about you, but my life is peaceful and there’s no drama here! I have things to deal with like all of us, but my age and wisdom have been good teachers and I handle them differently now. Do keep your space peaceful, loving, welcoming of only good things and reject the BS from anyone, regardless of how good the sex is!

Don’t forget to have fun! That’s what it’s all about, right? Enjoy your time together and make memories. Keep things light and stay true to who you are. Don’t try to be a young “fly girl”  – that’s not why he’s with you. He liked you for who you are – a sexy, mature woman who is easy-to-be-with-but-she-won’t-take-your-shit-and-will-remove-you-from-her-life-quickly! Yep, that’s who he wants, at least for now, or at least until baby mama calls him (if there is one, but that’s his issue – don’t make it yours).

Do pay for things that you want. If he is broke, in between jobs or otherwise unemployed, if you want to go out to dinner and a movie, it’s okay to pay for it! Most older women who date younger don’t mind paying for stuff. We usually have more money or steady jobs, or both. You’re not his suga mama unless that’s what you want to be, in which case, then do you. But just because you pay for some things doesn’t mean you’re rich, it just means that you’ve got more money and don’t mind paying for a good time for both of you.

Don’t forget the two C’s that may NOT be ingrained yet in your young man – Communication and Commitment. They are still young and are still experimenting, dating, finding themselves and building up a vocabulary that will eventually  enable them to actually communicate effectively (this does not include texting). So, you might want to wait before you fall in love, because chances are you’ll be there by yourself – Don’t confuse good sex with love – Be realistic! Also, you will need to be clear and concise about plans, dates, times,  etc, – say what you mean and mean what you say.  Younger people are easily distracted and he may not “hear” what you’ve said – Be clear! (There are always exceptions to these rules and all young men are not created equally).

I could go on and on with the do’s and don’ts, but you’ll figure the rest out on your own. The most important thing is to not forget who you are and don’t forget who he is. You’re BOTH adults and free to do as you please. Mutual respect and communication should always be in the mix whether it’s just a fling or a long-term commitment. And please, don’t forget to buy that sexy teddy and rock his world! He’s going to love it!