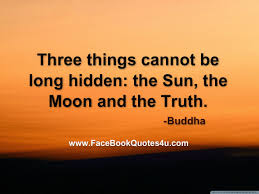 Kaffee:  I want the truth!

Whew! That’s quite a statement from Col. Jessep, but he’s correct. The longer I live, the more I realize that most of us really can’t handle the truth. We all say that we appreciate people who are honest and forthcoming. Well, I think there’s the unspoken addendum to that: “As long as I like the truth and it doesn’t go against what I want.”  Truth is often an unpleasant pill to swallow and it forces us to look at ourselves naked and unguarded. The truth usually reveals our flaws, weaknesses, and vulnerabilities and most of us do not want those qualities exposed. I suppose it’s human nature to want to appear flawless, strong and in control. Our society dictates that the we need to be these things in order to be successful. How sad is that!

Even in relationships, we say we want a lover/partner/spouse who is honest with us. We want to feel that we can openly share our souls and intimate thoughts with someone who will reciprocate. But many times, if we are the brutally honest one, or we meet someone is, feelings get hurt and we often assume a victim mentality. No, we’re not a victim. We’re the recipient of the truth, and that takes a lot of maturity to handle and it should empower us. That’s not always the case.

One of my favorite people on the planet is Dr. Maya Angelou and one of my favorite quotes by her goes like this: “The first time people show you who they are, believe them.”  People tell us and show us who they are all the time. They tell us their truth about themselves by either their actions and deeds or by verbally stating it. However, so often we ignore that truth and selectively see and believe what we chose to.

If you met a man and he told you that he is not ready for a committed relationship, believe him because he’s told you his truth. Don’t think that you’re going to be the “one” who changes his mind. You may be, but that’s going to be up to him, not you. You could meet a woman and she tells you that she’s hoping to get married within the next year or so. You may really like this woman, but you’re not interested in marriage. You’re not going to change her mind. She may “postpone” that idea for a little while simply because she’s hoping you’ll change yours. In each case, both people have been truthful and told the other WHO THEY ARE. It’s foolish and unproductive to believe otherwise, not to mention a total waste of your time. Move on and find someone who wants what you want. 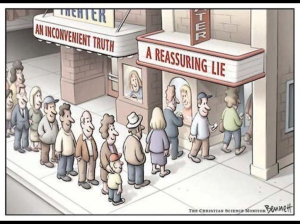 Again, in relationships, whether it’s friendship or romantic, people will ALWAYS show you who they really are. They will tell you truths in nonverbal ways. A friend who says they are there for you but never is, has shown you the truth. A lover who proclaims to love and cherish you, but continues to hurt and disrespect you has told you their truth. There’s no gray area here. The truth does not need explaining or rationalizing. It cannot be disputed or dissected and it cannot be made “untrue.” It simply is what it is. Now the question is, can you handle the truth, especially if it isn’t what we were hoping for? Even if it isn’t what we want to hear, either about ourselves or others?

Truth sets us free – we’ve all heard that before. But it’s really true. Knowing the truth and accepting it gives us an opportunity to reconcile, correct, or move on. And when we share our truths with others, whatever they may be, it gives them the opportunity to do the same. It takes courage to tell your truth and to accept others’ truths. It takes wisdom and maturity to look honesty in the face and deal with it. Life is not for the faint of heart and neither is the truth – they both can be pretty tough to deal with. But there is freedom in the truth and once it’s out there, the lies and untruths don’t hold power over you anymore.