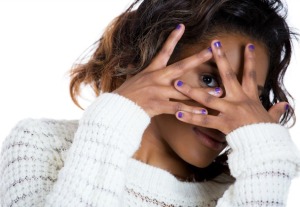 At 50 something, I’ve never really given much thought about whether or not I was approachable. Although the actions of others should have been a clear indicator, it still didn’t cross my mind. That is, until my oldest daughter recently told me that I am VERY approachable. I can’t remember how it came up exactly, but I think I was telling her about someone new that I’d met in a grocery store – a man who’d come up to me,  smiled and introduced himself and proceeded to chat me up. I remember my daughter laughing as I told her about yet another grocery store adventure. She said, “Mom, you’re always meeting someone in stores. You have a light about you and you’re very approachable.”  Hmmm, I thought about that for a few minutes. I didn’t know if that was a good thing or a bad thing. I knew how she meant it – in a good way! But then, as I thought about it, I laughed with her and told her that my light also draws EVERYONE – the good, the bad and the ugly. We both agreed.

Since that conversation, I wondered what makes some people approachable and others not. Is it a conscious decision that we make to put ourselves “out there” to meet other people or is it a part of an inherent quality that we have no control over? For me, it’s GOT to be inherent because I’ve met some of the most interesting people when I’m simply going on with my daily business, i.e. a routine trip to the grocery store, having my oil changed or even coming from the post office or the gym. These are times when I’m not “putting myself out there.” People don’t seem to be afraid to approach me and start a conversation – men or women, but especially men. Why is this, I wondered? I don’t wear makeup except for lipstick and a little eyeliner. I’m far from a “Fashionista” and I’m always dressed very casually (I really should be living my life at the beach somewhere). And I certainly don’t drive a flashy, expensive car by any means. My point here: I’m not doing/wearing/driving anything that stands out. So why do people feel so comfortable approaching me, even the ones who I wish didn’t?

The odd thing is that whenever I’m out at an event, party or other social gathering, I never meet anyone. I’m very seldom approached, especially by men! Here I am, dressed up, looking great, smelling good and no one approaches me! That all too familiar, sort-after scene where you’re both in a crowded room and your eyes meet and lock onto each other – you know the one I’m talking about. Then after a few minutes, he sidles his way over to you and you smile as you begin a flirtatious conversation with other. Yeah that scene. Well, no, it’s never happened to me! But let me slip on something quick and run to the grocery store or go pump some gas in my flip flops and a pair of Khaki capri’s and BAM! “Hello there. How are you today?”

Matter of fact, I remember once, after I first arrived in Atlanta,  I attended a wonderful jazz concert in a beautiful hotel lobby.  I hadn’t been in town for a month yet and I went alone – didn’t know a soul, but I was determined to go listen to some great music, have a glass or two of wine and meet and mingle. I was trying to meet some people so I went, I bought myself a glass of wine and proceeded to mingle. The place was packed with groups of people who all seemed to know each other. I looked around and spotted a man standing alone on the other side of the room with his back against the wall.  I waited and watched for a few minutes to observe. After a few more minutes, I walked over and asked him what time the concert started (just trying to make conversation). He told me he didn’t know, averted his eyes in the other direction and made no effort to further the conversation. I guess he thought I was trying to hit on him – me there alone – but he couldn’t have been more wrong!I wasn’t looking for a boyfriend – just some conversation. Oh well, moving right along.

I strolled away and spotted two women standing together talking. I ease dropped nearby for a few minutes as I sipped on my wine and then found a way to join in their conversation and introduced myself. Well, that didn’t work either because, although they weren’t rude, they politely excused themselves and moved away. This wasn’t going well at all. After some time on my own,  I eventually did meet a small group of women who were loud, friendly and welcomed me into their little group. We hung out by the bar the entire night drinking our wine and getting to know each other. We enjoyed the concert and exchanged numbers at the end of the evening. All in all, I had a great time!

So, in both cases, no one approached me. I was the one doing the approaching. Was it my body language or did I seem too desperate and needy? Was I sending off signals that said, “Hey, I’m new here and I don’t know a soul…will you be my friend?” Maybe. I wasn’t nervous about going alone – I’m a loner by nature. But I was a bit anxious being in a brand new city, not knowing anyone and maybe that showed. In any case, I can look back now and laugh about it. Now I go to an event, party or other social setting – alone or with someone – and now I’m the one looking around to see if I like the crowd or not or to see if there’s anyone worth approaching. I’m pretty bold when it comes to doing that – I will approach first, but I’m very selective.

So, you ask, how do I make myself more approachable? Glad you asked! I’ve got some great ideas!

Take the poll below and leave me a comment on this topic. Let me know if you have any additional tips that have worked for you when it comes to becoming more approachable.