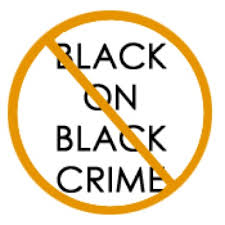 or the past several weeks I have watched the protests sparked by the decision of the grand jury to not indict Officer Darrin Wilson for the shooting death of Michael Brown in Ferguson, Missouri.  These protests were not only in Ferguson, but in many other cities throughout the country and even around the world. Protesters stood in solidarity holding signs and chanting, “No Justice, No Peace.”  I’ve recently seen protesters right here in Atlanta with taped mouths or shirts that say, “I can’t breathe” in response to the death of Eric Garner from a choke hold that a NYC police officer used to subdue him. I remember the murder of Oscar Grant at the BART station in California by a BART police officer and countless other men and women killed by police. I stood on the steps of the Capital here in Atlanta holding my sign with a package of Skittles and wearing my hoodie and attended a peaceful protest rally at another location after Trayvon Martin was shot and killed by an over-zealous racist wannabe cop. I marched and chanted, “No Justice, No Peace,” and raised my fist and sign in frustration, anger and comradery. I’ve heard all the gruesome details of all the many black men AND women who’ve been murdered by white police officers over the years.

Yes, I watch the news and I see what’s going on. But as I watch the nightly news, I also see the alarming number of murders right here in this city – and cities across the country – of black people killing other black people. Without a doubt, I can probably count the number of times on one hand that a day passes in which there aren’t multiple stories in the news about a young man shot down in the street or a body of a black male or female was found shot to death in an apartment or car. Just a few weeks ago, a young 19 year old woman was approached by a man as she sat at a bus stop alone. He tried to steal her purse and cell phone. When she resisted and told him to leave her alone, he shot her and she died. Her name was Marcaysia Dawkins and that bus stop is only 5 minutes from my house. I’ve driven by that bus stop hundreds of times and there are always people waiting for the bus. Now, when I drive by that stop, I don’t notice the people anymore – instead I see the half dozen teddy bears and flowers that serve as a memorial to Marcaysia. I have found another route to take because passing by that bus stop makes me sad and very angry. The police quickly caught the man who killed her. He was young, like she was. He was only 18 and they’ve connected him with a string of criminal activity, including several rapes.  Prior to his arrest, I saw her family and friends on the news asking the public for help in turning this murderer in. What I didn’t see is people protesting to stop random violence and the killing of innocent people in our communities by the hands of our own people.

No, I don’t see groups of marchers blocking traffic on the Connector in downtown Atlanta or on the Brooklyn Bridge in NYC whenever a black man or woman is murdered at the hands of another black person. Where is the anger and the frustration over this? I know I’m angry, are you? When we shout that Black Lives Matter, who exactly are we speaking to? Is it only to white police officers or is it to everyone? Do black lives only matter when one is taken by a bullet or a choke hold inflicted by a white cop? Why aren’t we just as angry and outraged when we kill our own people? I know I am!  I have two adult daughters and one 19 year nephew – a black male.  I am definitely concerned for their lives and safety if there was ever a confrontation with the police (especially my nephew) – white or black cops. However, I am equally, if not more, concerned about them and myself becoming a victim of crime perpetrated by another black person. 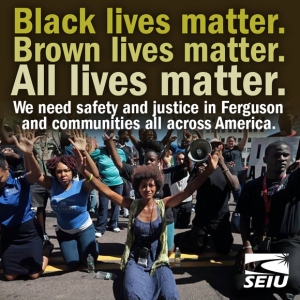 I am angry and frustrated that there are some police officers – black, white, Hispanic – who abuse their authority and unfairly racially profile minorities in unfair proportions. I am angry that we live in a world where black is often portrayed as “bad or evil” and white as “good.”  It annoys the hell out of me when people say, “I don’t see color.” You don’t? Are you color blind? We see color and that’s the beauty of it. We should see color and not treat people differently because of it. I like life in living color. However, I am infuriated by the black on black crime that is perpetuated every day right in our own neighborhoods and communities. How does an 18 year old become a multiple sex offender and murderer? Why are we killing each other at alarmingly high rates and nothing is being done? Maybe it’s too late to do anything about it. Maybe it’s because we can’t do anything about it as a community because the truth is that it starts at home.

We are products of our environments and the adage of “It takes a village to raise a child,” has long gone by the wayside. The village has failed and so have many parents and the result is rampant crime committed mostly by young black males living in our own neighborhoods. Whenever I hear about a robbery, murder or some other criminal offense on the news, somewhere inside of me I’m saying to myself, “Lord please don’t let him be black…again!” But sadly, usually, he/they are. Whenever the suspects turn out to be white or Hispanic, there is a sigh of relief inside of me. Yes, the crime is still horrible, but secretly I am grateful that I don’t have to look at yet another black face in a mug shot splattered across my television screen…even if it’s just for now.

Comedian and Actor Kevin Hart summed it all up pretty well for me. He said, “Not all cops are bad. Not all black people are criminals and not all white people are racist…”  Some people have said that Black on Black crime is a myth. I have laughed in disgust when I hear this: it’s not a myth if it’s true and we only have to turn on the nightly news to realize that.  Black on Black crime is its own separate dirty issue that we’ve chosen NOT to discuss or even acknowledge. I have witnessed discussions about the rising and righteous concern on police profiling and the unjust murdering of black citizens – some caught on camera and blatantly indisputable. Many times, during those conversations, or during other discussions, the equally appalling truth about crime in our own communities being perpetuated by our own youth has either been dismissed or ignored. I have witnessed indignation from some who ask, “What does THAT have to do with police targeting and killing our people?” My answer is this: I don’t know if there IS a correlation between the two. On the surface, it seems unrelated and separate. But looking closer, it’s still the murder of black people, either by the police or more rampantly, as evidenced on the news EVERY. SINGLE. DAY., by the hands of our very own. Black lives matter – ALL lives matter. It feels like a generational curse that was put in motion long before any of us were born – self-hatred, self-loathing, no self-worth or self-love. When those things exist, there’s no respect for life. There is something inherently wrong in our communities and until we acknowledge, take responsibility, educate, nurture, mentor and rebuild the village, we will continue to remain our own worst enemies – not the police.

10/24/15 Update: Sadly, there have been many other instances of random, murderous violence against innocent citizens since I originally wrote this piece in December 2014. The most recent (10/23/15) is another young woman right here in Atlanta. Her name was Shaneku McCurty and she was 25 years old. She was shot and killed in an attempted carjacking in front of a local convenient store she’d stopped in after leaving work. This abomination was caught on surveillance cameras and has led to the quick arrest of the 3 suspects – all between 15-17 years old.